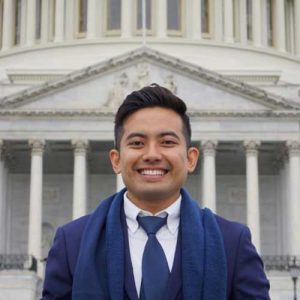 He is an analyst and practitioner in the prevention of violent extremism (PVE), good governance, and human rights. He leads CSO-government preventive policy engagements, inter- and intra-faith dialogues, and more recently digital data developments for UNDP, one of the clients, to prevent extremism in Malaysia and Southeast Asia. He also founded and advocates through Initiative to Promote Tolerance and Prevent Violence and Komuniti Muslim Universal since 2015. In recognition of his work in peace and security, he received Australia Awards scholarship from Australian Department of Foreign Affairs and Trade and ASEAN in 2018. Then, he completed his master’s degree in 2020 specialising in counterterrorism, conflict studies and political Islam from the University of Melbourne. As part of his global network in counter-extremism initiatives, he is an alumnus of German Institute for Foreign Cultural Relations and American Council of Young Political Leaders since 2018. Aizat was also trained in Sharia and law for 5 years at the Islamic Science University of Malaysia. His altruistic hope is to make the world a better place.